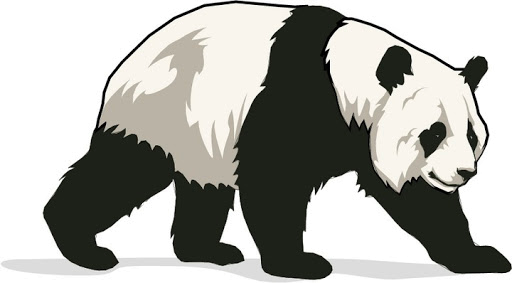 When it comes to welding, it is safe to say that most people have a rough idea of the technique and its purpose. Although the first image that pops into your head may involve a dimly lit room and dramatic sparks flying through the air, welding isn’t exactly that simple. However, that isn’t too far from the truth either.

To put it simply, welding is a method of joining two pieces of metal together, a practice that has been developed and refined for hundreds and hundreds of years. As our collective understanding of materials and chemical processes has advanced, new welding methods and techniques have been developed with uses spanning an immense range of industries and revolutionising our means of production.

Despite its variety of uses, the importance of welding and its impressive capabilities are often overlooked by those outside of construction and fabrication. Yet gaining an understanding of the process and its history allows us to truly appreciate the incredible ways that humans are able to fuse together great quantities of metal to create new structures.

Here is our guide to the importance of welding and its uses.

A Brief History Of Welding

As welding is the original technique used by humans to fuse together metals, it is responsible for the development of so many things that are essential to our modern lives. From jewellery and utensils to weapons and cars, welding plays a part in endless industries.

In order to grasp the importance of welding, it is useful to understand its development and history. This demonstrates how far techniques have come and allows us to acknowledge its growth across a number of continents over thousands of years.

Research suggests that primitive welding techniques were used as far back as 3000 BC as humans first began experimenting with bronze. Around this time, Egyptians used a technique involving charcoal to pressure-weld swords. This was followed by the development of smelting which eventually led to the creation of steel through the combination of iron and carbon at incredibly high temperatures.

During the middle ages, welding became an integral part of industry and agriculture as the art of blacksmithing developed. A wide range of items could be welded by hammering materials together at high temperatures and essential items such as swords, shields, horseshoes, wheel rims were produced from strong metals. However, welding techniques at this point were still relatively primitive compared to modern methods; it wasn’t until the turn of the 19th century that the world saw welding as we know it today.

Many of the modern welding techniques used today were first introduced during the industrial revolution. At the beginning of the 19th century, the first forms of arc welding were discovered and by the middle of the century, stable-arc welding had been harnessed, paving the way for major industrial developments.

Fast forward to the first world war and welding saw a major increase in use due to the increased demand for weapons, tanks, planes and battleships. In 1920, automatic welding was invented, enabling welders to work far more efficiently.

How Does Welding Work?

So, how does welding actually work? Welding is a slightly broad term used to describe the process of applying heat and/or pressure to two metals, thus joining them together. However there are multiple welding techniques, all of which have different applications. We’ll focus on the welding processes that are recognised as the four main techniques.

One of the most widely used welding techniques is Gas Metal Arc Welding (GMAW). Also referred to as MIG welding, this method utilises a thin wire electrode and a shielding gas to prevent the contamination of the joint. MIG welding is used across a number of industries but is most popular within construction and automotive work.

MIG welding is used to join a range of metals including stainless steel, copper, nickel, carbon steel and aluminium.

Another main method of joining metals is Tungsten Inert Gas or TIG welding. This technique is ideal for the joining of thin and non-ferrous metals such as aluminium, lead, nickel or copper. Unlike MIG welding, TIG welding can be performed on much smaller pieces of metal, making it popular for use on bicycles and aircraft manufacturing.

What’s more, because of the small area between the arc and the point of the metal being welded, TIG welding takes a huge amount of skill and precision to carry out. However, this form of welding creates incredibly strong joints.

Another commonly used technique is shielded metal arc welding, which uses a consumable flux-coated electrode. This form of welding is low-cost and requires very little equipment, making it favourable among home-welders and small shops.

The electrode used to melt the metal comes in the form of a stick, giving this process the informal nickname ‘stick’ welding. It should be noted that due to the simplicity of this technique, the products created are usually of lower quality and less durable than other forms of welding. Over time, stick welds are prone to cracking and penetration.

The final method we will outline is known as Flux-cored arc welding. This technique bears a number of similarities to MIG welding as the process combines a continuous electrode with a base metal.

When welding in difficult conditions, such as outdoors, the flux shield provides a barrier against the elements, allowing work to be carried out almost anywhere.

The semi-automatic arc provides high welding speed and portability, making it a popular technique on construction projects and in machining industries.

As we have touched upon in our explanation of welding techniques, there are a huge range of industries that utilise the different methods. For this reason, welding is an integral part of almost every manufacturing process in one way or another. Here, we will outline some of the main industries in which welding is a core component.

Firstly, it goes without saying that welding is used in its various forms throughout the construction industry. As mentioned previously, MIG welding is typically used on construction projects due to its effectiveness when welding steel. This is particularly efficient for the joining of beams used in the construction of residential and commercial buildings as well as other large structures.

Next up, welding plays a huge role in the automotive industry, playing an essential part in the production of cars, bodywork repairs and modifications. Both MIG and TIG welding methods are used by automotive engineering companies as they are effective, neat and can join the thinnest of materials. This makes them perfect for cars, motorcycles and bikes.

Another trade that relies heavily on the work of professional welders is the aerospace industry. Aerospace engineering and manufacture utilises many different forms of welding, with TIG being one of the most common techniques used due to its accuracy and precision.

Of course, one of the largest industrial uses for welding is shipping and rail. From the construction of train tracks, carriages and stations to cruise liners, tankers and even submarines, the shipping and rail industries are entirely reliant on welding.

What’s more, welding is also a crucial element in the maintenance and repair of these industries as it is economically efficient.

Here at Panda Engineering, we have a highly skilled team of professional welders and metal workers who are more than happy to discuss your requirements and find the solution you require. If you’re in need of reliable high-quality metal fabrication services, look no further than Panda Engineering.

Our areas of expertise include CNC machining, fabrication services as well as plating, blasting and coating.

Get in touch with us today to discuss our range of services.